English
You are here: Home » News » Sungold Blogs » The reason why solar panels are placed at a slant?

The reason why solar panels are placed at a slant?

You may all find that most solar panels around us are placed at a certain tilt angle, whether on the roof or street lights. The tilt angle of solar panels is related to the local geographical location as well as latitude.

Solar panels are mainly through the absorption of sunlight, the solar radiation energy through the photoelectric effect or photochemical effect directly or indirectly into electricity. That is to say, the more solar radiation a solar panel receives, the more electricity it can convert, so the output power of solar modules depends on factors such as solar irradiance and solar cell temperature.

In most areas with high latitudes, the angle of sunlight irradiation is oblique. Only by placing the solar panel diagonally in the opposite direction can the panel's light-receiving surface be as perpendicular to the sun's rays as possible, allowing the solar panel to perform at high efficiency.

At present, there are also fully automatic solar panels, which allow the panels to constantly adjust the horizontal angle as the angle of sunlight changes so that the panels are perpendicular to the sunlight from morning to night.

In sunny summer, the high solar radiation energy is later in the noon, so when the square array is oriented slightly to the west, large power generation can be obtained in the late afternoon. In different seasons, the orientation of the solar cell array is slight to the east or west - there are times when the power generation is high. 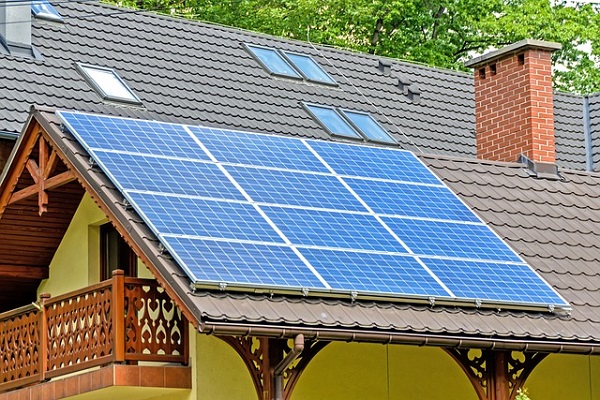 If the solar panel can not be directly illuminated by daylight, then only scattered light is used to generate electricity, when the power generation than no shadow it reduces about 10% ~ 20%. For this situation, we have to correct the theoretical calculation value.

Usually, when there are buildings and mountains around the array, there will be shadows around the buildings and mountains after the sun comes out, so you should try to avoid the shadows when choosing the place to put the solar panels. If it is impossible to avoid, the wiring method of the solar panel should be solved so that the shadow will have less influence on the power generation.

The solar panel relies on receiving solar radiation to generate electricity, and the more radiation it receives, the more power it generates, so several aspects should be considered in advance when designing the solar panel installation angle.